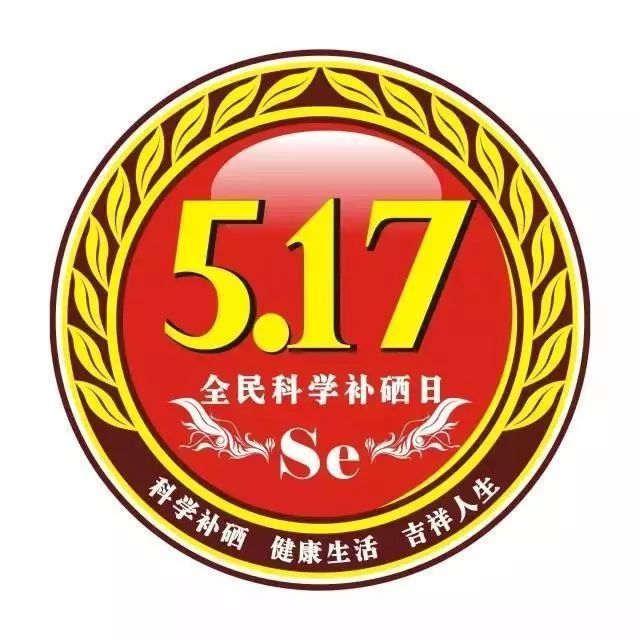 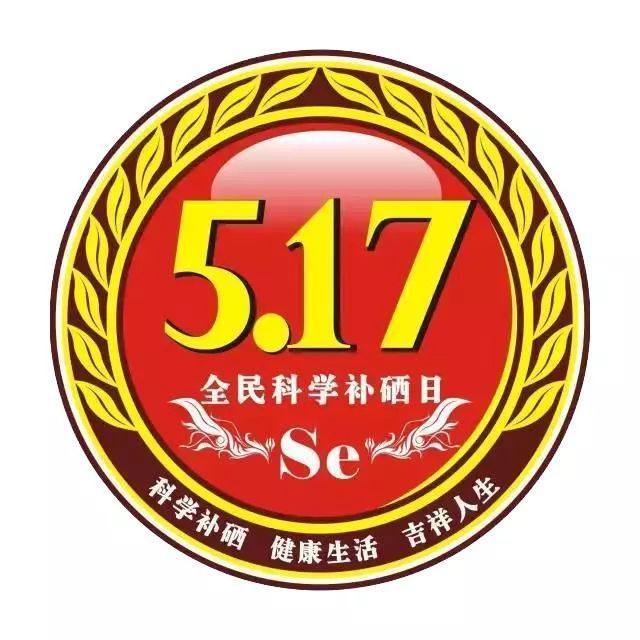 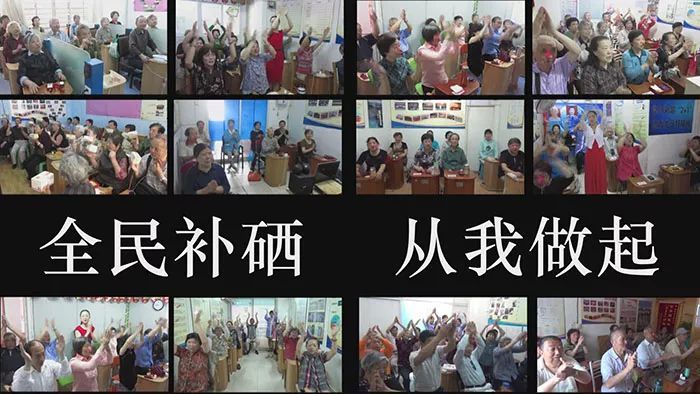 A trace element that governs life

Selenium is like an atomic bomb, its volume is very small ... but its effect and deterrent are very large ... Once it is recognized, it will have a profound impact on human health

The element symbol (Se) of selenium is an essential trace element of the human body. The content of selenium in the earth's crust is very small, only one hundred millionth, and its distribution is extremely uneven, which is a kind of scattered element. A total of 44 countries in the world lack selenium. China is a country with severe selenium deficiency, including more than 20 provinces and cities in the northeast, northwest, and southwest, that is, 72% of China's land is an internationally recognized selenium-deficient region, of which 30% is a severe selenium-deficient region. The results of the third national nutrition survey showed that Chinese people are generally deficient in selenium, 300 million people in our country are severely deficient in selenium, and 600 million people need to supplement selenium.

"Selenium is like an atomic bomb. The amount is very small ... the effect and deterrence is very large ... Once recognized by people, it will have a profound impact on human health." This is the trace element expert Ou De Dr. Fu highly praised selenium.

The United Nations Health Organization announced that selenium is an essential trace element in human and animal life. ，然而，中国在有机硒的研究上已经获得重大突破。 China News also reported as follows: China is one of the countries with the most severe selenium deficiency in the world, and about 700 million people cause various diseases due to selenium deficiency . However, China has made major breakthroughs in the study of organic selenium. Researchers point out that daily intake of the right amount of trace element selenium can reduce the risk of certain cancers.

Liver cancer has always been a major disease endangering human life, and the causes of liver cancer have also been the subject of discussion by scientists. After 16 years of research by experts of the Chinese Academy of Medical Sciences, the lack of trace element selenium is an important factor leading to liver cancer. Researchers point out that the amount of selenium in food is far below the standard. Reference news reports: Selenium can kill viruses, eliminate free radicals that cause aging, and prevent cancer. 。 About two-thirds of China's regions are internationally recognized as selenium-deficient regions, and nearly one-third of them are severely selenium-deficient regions. Even the rich foods of urban people are still in a selenium-deficient state, so scientists have issued urgent appeals It is urgent to replenish selenium in time .

Who must supplement selenium? ? ?

Selenium has a strong protective effect on the liver. Selenium can protect the membrane structure of liver cells from being damaged by peroxides. A large number of studies have shown that blood selenium levels in patients with viral, chronic persistent, chronic active hepatitis, fatty liver, and cirrhosis are significantly lower than those in normal people. Timely supplementation of selenium can improve the liver cell environment, promote the repair and regeneration of liver cells, and restore the detoxification function of liver cells. In addition, selenium can help the liver break down toxins. Prevent alcoholic liver disease and prevent liver cancer.

Selenium deficiency is one of the causes of diabetes. Quantitative selenium supplementation can prevent the damage of islet cells by peroxide, protect and restore the normal function of insulin secretion and release of islet β cells, and fundamentally ensure the normal function of the pancreas. Selenium itself has the same function as insulin, which can reduce the hyperglycemia of diabetes without relying on insulin. And selenium supplementation can delay, reduce and prevent the occurrence of complications of diabetes.

Selenium can double the phagocytosis and bactericidal ability of white blood cells and prolong the life of white blood cells. This not only improves the local anti-infective ability of the prostate, but also prevents pathogenic bacteria from spreading to each other in the seminal vesicles, urethra, and ureters adjacent to the prostate It can prevent the concurrent occurrence of other inflammations, and can soften scars formed by prostatic body tissues due to long-term inflammation stimulation, unblock blood vessels, and improve its blood circulation. Selenium supplementation can control inflammation and hyperplasia, and prevent patients from side effects caused by heavy use of antibiotics

Selenium is regarded as the "king of anti-cancer", and Americans prevent cancer by adding 200 micrograms of selenium per person per day. Cancer patients have a blood selenium content that is 3-6 times lower than that of the general population. Selenium is the killer of cancer cells. Selenium increases the level of cyclic adenosine in cancer cells and forms an internal environment that inhibits the division and proliferation of cancer cells. In addition, selenium can block two important energy sources of cancer cells and effectively kill cancer cells. Selenium can also reduce the toxic and side effects of chemotherapy and radiotherapy, and reduce the toxicity of anticancer drugs to the kidney, bone marrow and gastrointestinal tract. Selenium also significantly relieves severe pain in patients with advanced cancer.

Many human diseases are caused by environmental pollution, and selenium is a natural antidote. As a negatively charged non-metal ion, selenium can be combined with positively-charged harmful metal ions such as lead, cadmium, mercury, arsenic, thorium, tin, etc. in the human body, which can be decomposed, reduced and discharged out of the body to completely dissolve the metal ions. Of toxicity.

People who have been smoking and drinking for a long time, engaged in toxic and harmful operations, and are exposed to radiation, chemical, and atmospheric pollution. By quantitatively supplementing selenium, they can eliminate toxins in the body and improve their health.

The nutrients that children absorb from the gastrointestinal tract need to undergo enzymatic reactions containing selenium enzymes before they can be converted into energy to supply the body's needs. When children are deficient in selenium, the activity of these selenium-containing enzymes is reduced, and the energy supply cannot meet the needs of children's growth and development. Selenium protects red blood cells in the blood and increases its oxygen carrying capacity. Quantitative supplementation of selenium improves the oxygen supply capacity of children's brain, promotes brain development, and avoids fatigue, fatigue, and mental breakdown due to hypoxia. Surveys show that more than 80% of children with selenium are anorexia, weak in resistance, and often fall ill. Quantitative selenium supplementation can improve children's immune function and effectively combat disease.

People are in a sub-healthy state, which is mainly manifested by fatigue, fatigue, irritability, inattention, and low immunity. Selenium can provide sufficient oxygen to fight fatigue by improving the oxygen-carrying ability of red blood cells. Selenium has anti-oxidant, detoxifying, and detoxifying functions, which can effectively improve the body's metabolic level. Selenium can enhance the immune system against viruses and foreign bodies entering the body And the ability to recognize lesions in the body, improve the immune system's β cell antibody synthesis, and increase the phagocytosis and sterilization ability of macrophages by 2 times.

Selenium improves the body's immune function, which fundamentally increases the ability to resist disease. This is an important reason for selenium to be able to keep fit.

The elderly need to supplement selenium

The human body maintains its balance with the environment by metabolism. During normal metabolic activities, peroxides are generated inside the human body, and environmental pollution can also cause peroxides in the body (commonly known as "human waste"). With the increase of age, people's metabolic ability declines, and the accumulation of garbage in the body will increase. The antioxidant effect of selenium determines that it can remove various peroxides throughout the body and maintain a "green environment" in the body. A large number of studies have proven the anti-aging function of selenium. The blood selenium level in longevity elderly people is 3 times higher than that of ordinary people. Quantitative selenium supplementation can not only delay aging, but also reduce senile diseases such as depression, insomnia, fatigue, constipation, cataract, etc. that are commonly experienced by the elderly, and fundamentally improve the health and quality of life of the elderly.